COVID-19 Update: Your health is our greatest priority. During this time we are operating our normal business hours Mon-Fri 8:30 AM to 5:30 PM. We are also offering Telephone Consultations and free Medication delivery to your home. 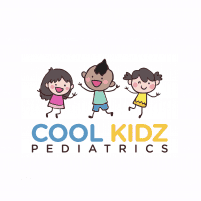 Though eating disorders do occur in boys, they’re more common in girls, with an estimated 10% of young women diagnosed with anorexia and bulimia. Ananth Pillai, MD, and Lilivette Rolland, MD, lead the team at Cool Kidz Pediatrics in Tampa, Florida, helping parents identify the signs, then complete a thorough examination to determine if their child has an eating disorder or underlying health conditions. If you’re worried about your teen’s eating habits, gastrointestinal symptoms, weight loss, or weight fluctuations, call the office, or schedule an appointment online.

What types of eating disorders do children and teens develop?

The three most common eating disorders — anorexia, bulimia, and binge disorder — are associated with issues such as a negative body image, low self-esteem, and fear of being overweight. A less common eating problem, avoidant restrictive food intake disorder, is not typically related to body image or weight issues.

Patients with anorexia perceive their bodies as significantly overweight, even if they’re underweight. They have a strong fear of gaining weight, so they purposefully restrict their food intake, purge, or use laxatives.

Bulimia refers to cycles of binging followed by behaviors to offset the extreme overeating and prevent weight gain. These compensatory behaviors may include induced vomiting, use of laxatives or diuretics, fasting, or over-exercising.

Binge eating is defined as recurrent episodes of eating excessive quantities of food, yet not trying to compensate for overeating. Patients with binge eating disorder often go through noticeable fluctuations in their weight.

ARFID occurs when your child or teen severely limits or stops eating, reducing their caloric intake so severely that they stop growing and develop nutritional deficiencies.

What health complications develop due to eating disorders?

When children or teens don’t get enough calories, they’re underweight, or they purge, they’re at risk for numerous health problems such as:

Ultimately, the metabolic changes that occur due to eating disorders can lead to heart failure.

How do pediatricians treat eating disorders?

The team at Cool Kidz Pediatrics performs a thorough exam and order diagnostic tests to rule out other conditions that may affect your child’s eating habits.

They routinely run a test for Helicobacter pylori (H. pylori), a bacterium that commonly infects children, but seldom causes symptoms. When H. pylori does cause symptoms, however, they mimic ARFID and cause the same gastrointestinal symptoms associated with all types of eating disorders.

If the team at Cool Kidz Pediatrics diagnoses an underlying health problem, they start the appropriate treatment.

If your child is diagnosed with an eating disorder, their treatment includes a combination of nutritional counseling, medical care for their overall health and underlying conditions, and psychological counseling to help them understand the social, behavioral, emotional, and interpersonal factors that trigger their eating disorder.

If you suspect your child has an eating disorder, call Cool Kidz Pediatrics, or schedule an appointment online.